This is where it all began. The HDC established a protection mandate to surgeons, which effectively defrauded cholecystectomy patients of their rights, and at the same time covered up breaches of the Code. Here we see:

The HDC reviewed and signed New Zealand surgeon’s gold standard patient information brochure about laparoscopic gallbladder surgery. Nowhere in the Royal Australasian College of Surgeons (RACS) Brochure of Laparoscopic Gallbladder Surgery is the word ‘death’ mentioned as a risk. Nor is there ANY alternative treatment options or side effects affecting quality of life considered. This can be considered a lack of critical information and paramount to obtaining informed consent through deception.

This laparoscopic surgeons ‘get out of jail’ out-clause detailed:  “The aim of this pamphlet (Informed consent patent information hand out) is to provide you with general information”, “and does not contain all the known facts about gallbladder surgery or every possible risk and benefit.”

Yet the HDC reviewed and signed off that it meets patients’ rights to make an informed consent.

Because of this, the HDC can be directly held accountable for blocking patients’ rights to make an informed consent decision. As a result, they are an accessory to the fact, in obtaining consent fraudulently through the means of deception and are also accountable for any resulting harm.

The HDC “I support the surgeon’s intention to provide patients with a copy of the newly published Royal Australasian College of Surgeons’ Patient Handout for Laparoscopic Cholecystectomy. In my opinion, it is likely that if the consumer had had access to this detailed information some of her (informed consent) concerns (about risks) may have been more swiftly alleviated.”

This document used to obtain informed consent, in effect, breaches patient’s Right 6(1), (2) and Right 7(1) of the Code of Health and Disability Services Consumers’ Rights.

Code of Rights breaches the HDC somehow, strangely fail to investigate or identify:

A patient complained, in layman’s terms that during the course of surgery, the provider, a surgeon, ‘cut her muscle and liver causing significant blood loss’. In addition, the patient complained that ‘she sustained a collapsed lung following the surgery’.

The HDC: ‘In my opinion, it is likely that if the consumer had had access to this detailed information (disclosed treatment risks) some of her concerns may have been more swiftly alleviated.’

But In reality, there was no evidence presented showing that informed consent had been provided, displaying the procedural risks. The patient made a complaint and the surgeon also failed to disclose the true nature of post-surgical issues and injury, to both the patient, and the HDC.

This brings us to the point, why do surgeons lie?

The Evidence in More Detail:

Who is telling the truth, the surgeon or the patient?

In the HDC’s own words, The surgeon had professional obligations to both the consumer, and the hospital he was operating in, to advise the consumer of the injury sustained.’

Note: Bleeding complications account for up to one third of all major complications seen in laparoscopic cholecystectomy, and are the second most common cause of death in patients undergoing the procedure (after anaesthesia-related complications)[2].

More About:  Atelectasis (at-uh-LEK-tuh-sis) — a complete or partial collapse of a lung or lobe of a lung — develops when the tiny air sacs (alveoli) within the lung become deflated. It’s a breathing (respiratory) complication after surgery [3]

Summary of breaches again not identified by the HDC:

Question 1: Did a breach of common law take place with consent not legally obtained? Does this extend to a criminal offence and did the HDC cover up consent fraud?

In order for consent to be legally obtained, the following requirements need to be met under a legally enforceable Code of Health and Disability Services Consumers’ Rights (the Code): An absence of such information would indicate fraud:

Question 2: Did the HDC invoke their ‘not lynching policy’, in order to overlook the health consumer’s complaint and provide a free pass to the surgeon for breaches of the Code?

The HDC: “ A chest x-ray was taken and this revealed some minor failure of the lung to expand, a condition known as atelectasis, which is common in patients who undergo upper abdominal surgery. This is different from a collapsed lung where the lung partially deflates due to injury”

Reviewing previous information on atelectasis risks, ‘a complete or partial collapse of a lung or lobe of a lung’, amounts to an injury not disclosed or admitted to the patient. This is in fact is an obvious breach of the Code. 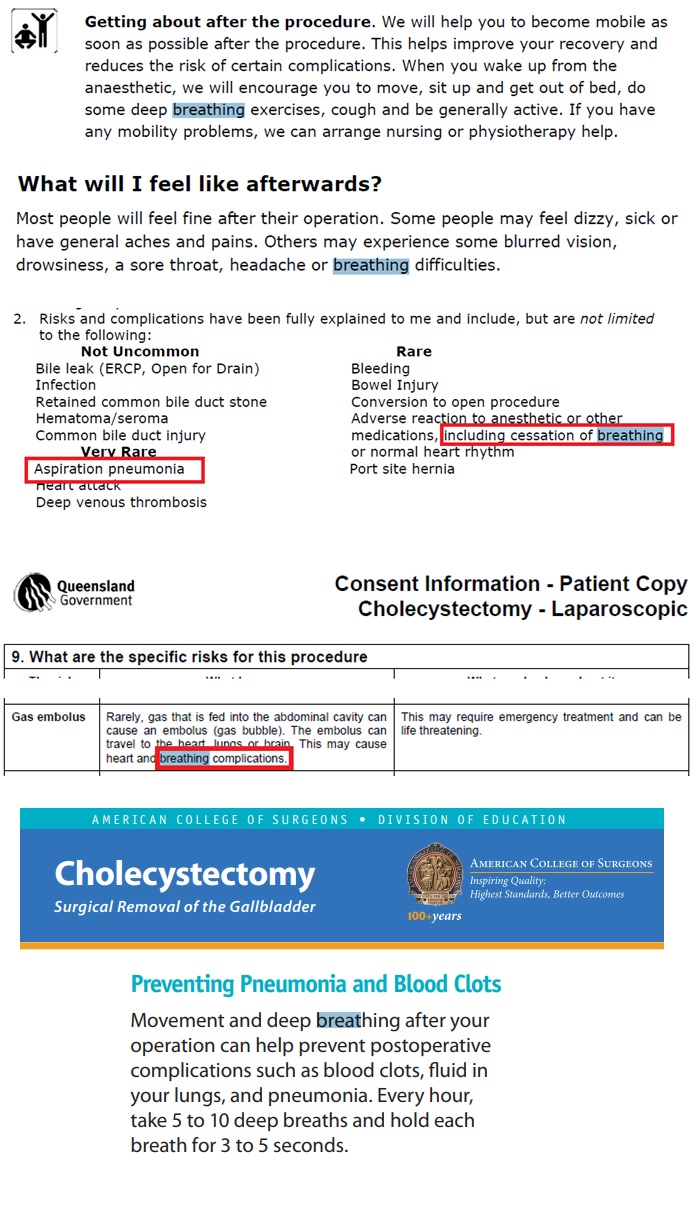